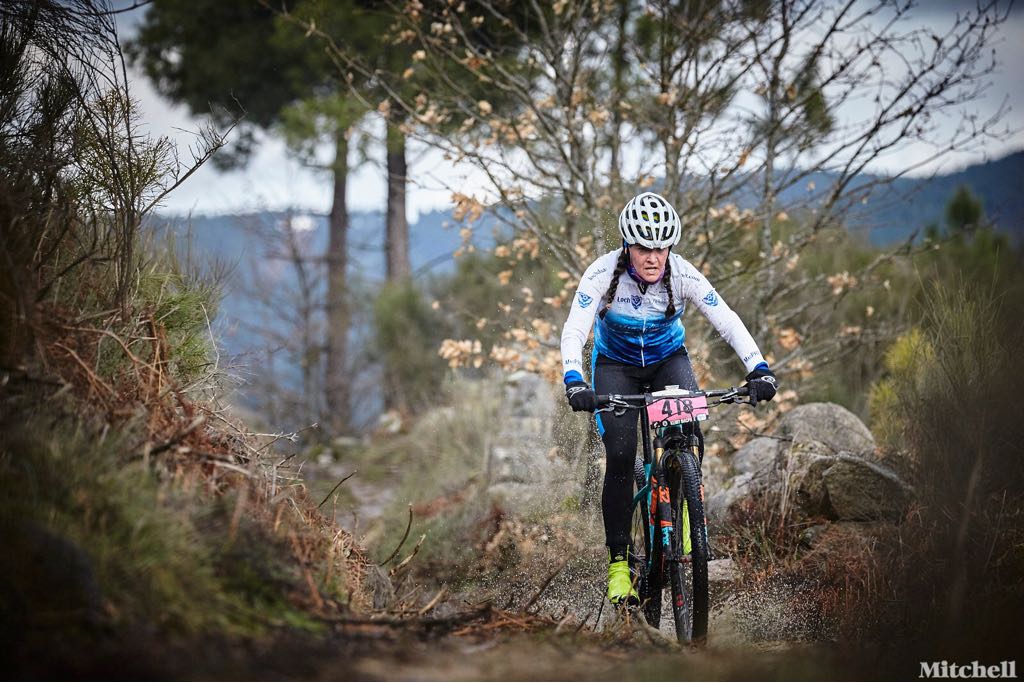 After a successful early season trip to Valencia to compete in a 4 day stage race (and get a good block of training in), as soon as I eyed another early season race in Portugal, I got myself signed up. The primary goal of early season is to get a solid and consistent base of good miles in the legs but with 3 Eastie Beasties taking hold this winter, stringing together good blocks of training was requiring more and more creativity. Stage racing is a great alternative- usually a stage race is in a country a bit warmer and drier than Scotland, the stages can be mountainous, long and challenging so guaranteed good training and if you do well, you can come away with some good UCI points, a bit of prize money and some solid racing in your legs.

Pretorian Stage race was held in Northeast Portugal in the mountains around the town of Vila Pouca de Aguiar, in the region of Trás-os-Montes. One of the things I love most about cycling and the opportunities it has afforded me is that fact that it serves as my passport to the world and to some interesting and sleepy towns I wouldn’t ordinarily have any reason to visit. I was fortunate this time round to have my cycling friend and fellow racer Maxine Filby along. We met up in Gatwick airport on the second leg of my journey and first of hers. We’d been keeping an eye on the weather… rather than celebrating the fact that we were getting out of Scotland as it was being blanketed by yet more freezing snow, we were facing the prospect of riding in our own Portuguese beast from the East! Surely it’s not going to snow in Portugal?! How wrong were we!

The first time trial was going to be held in the late afternoon of day 1, giving us the morning to go and recce the course. We couldn’t believe what we were seeing though when we woke up… sleety, slushy snow topped mountains and roofs with a chilly looking drizzle falling from the sky… in Portugal?! Fortunately I’d packed all my Loch Duart Kit- longs, waterproofs, winter jackets… everything! The course was straightforward- some tarmac, some wet, cold and river like trenches from the snowy rainfall and some fast swoopy descents into the next village. I couldn’t quite work out where the finish was as it was point to point but I was satisfied with what I’d seen. As soon as I got in the door, it was straight into the shower- I was freezing!

This stage was an individual time trial with 30 second gaps between each rider. The girls were being called up and I was about the 12th girl off. As soon as the gun went, I went hard…. far too hard! It wasn’t long before I caught the girl ahead, and then the next and then the girl after her and it gave me far too much motivation so that by the time I got to the main climb on the course, I was really in the red and in a world of discomfort! I pushed on knowing there was a rewarding descent all the way to where I thought the finish was however just as I neared the bottom, I spotted an arrow which was pointing either through an archway or onwards along through the cobbled town. I stuck to the cobbles and 40 seconds later, realised I was completely off course and riding blindly through the town….aargh! The direction arrow was indeed through the archway! I quickly turned round, started pedalling upwards, through the arch and making for the finish. I was furious with myself! In such a short stage, I couldn’t afford to lose the nearly 2 minutes that I had done. Later that evening the results came through and I had finished 4th with very small gaps between 1st to 5th. Although still kicking myself, it was comforting to see that I would have come out on top had I not taken the silly detour.

We woke in the morning to more snow and miserable weather. We headed down to the race start by bike and when we got there, rumours started to circulate that they were going to cancel the stage all together… surely not?! Finally, someone came forward to say that yes, the longest stage was going to be cancelled because of the snow and they would repeat stage one again with an added climb. GUTTED! This time around, I didn’t go off as hard so that I could maintain the effort up the big climb and sure enough, that evening the results came through again and I had won the stage… woohoo! This put me in 2nd overall going into day 3.

The final stage was going to be another hilly 60km. I had nothing to lose being in 2nd so when the gun went, I went too. I lead for a while up the first big climb before a group of 3 girls formed, which was missing the girl who was leading the overall stage race. The course wasn’t particularly technical, with lots of open and exposed wind farm tracks, road descents and draggy climbs. I was keen to push on as I knew with less than 30 seconds between the overall lead and I, the overall win was within my grasp. The racing was fast and the 2 girls at the front and I would cat and mouse a lot over the first part of the course. I put a lot of time into them on the descents and they would push me on the climbs. I knew there was a big long descent to finish so I was comfortable with tactical racing. We soon passed through the feed zone, me in front and the 2 girls behind not far off my wheel. I was suddenly aware that I couldn’t see any markers en route and the men around me started to question this too. Suddenly, people started to say… we’re going to wrong way! Aaargh! Noooo! How can this be happening again! I was furious and I couldn’t figure out how it had happened to our group! We got flagged down by a marshal shouting race “cancelled race”! By this point everyone was confused. Some of the riders translated for me that everyone had gone the wrong way and they were cancelling the rest of the stage so the time for that stage would be taken from the first control at the feedzone. Woohoo! That would make me the stage winner and overall winner!

When we headed down, I couldn’t see the results of the final stage up on the results board… again I didn’t know what was going on. We finally found an English speaking commissar and he told us that there had been no timing mats laid at the first checkpoint so they couldn’t verify the positions so they cancelled the stage altogether and would take the results from the first 2 days. Yet another aargh moment! He told us that the quad bikes leading the riders at the front of the race had taken them the wrong way, and that some of the markers on the course had been sabotaged by local farmers.

Although I had come 2nd overall and won a stage, it was difficult to feel happy given the events that had unfolded.  Clearly organisers can’t mitigate against sabotage and I felt for them having everything work against them.  All in all it was a most peculiar race, a good outcome for me and a good indicator that my training is working, I’m in a good place physically and mentally things are coming together. I’d like to say a huge thank you to Loch Duart who’s financial support has enabled me to race in these early season events and who’s belief in me seems to be bringing out a stronger athlete as the months go on. I’m really chomping at the bit for the upcoming season! 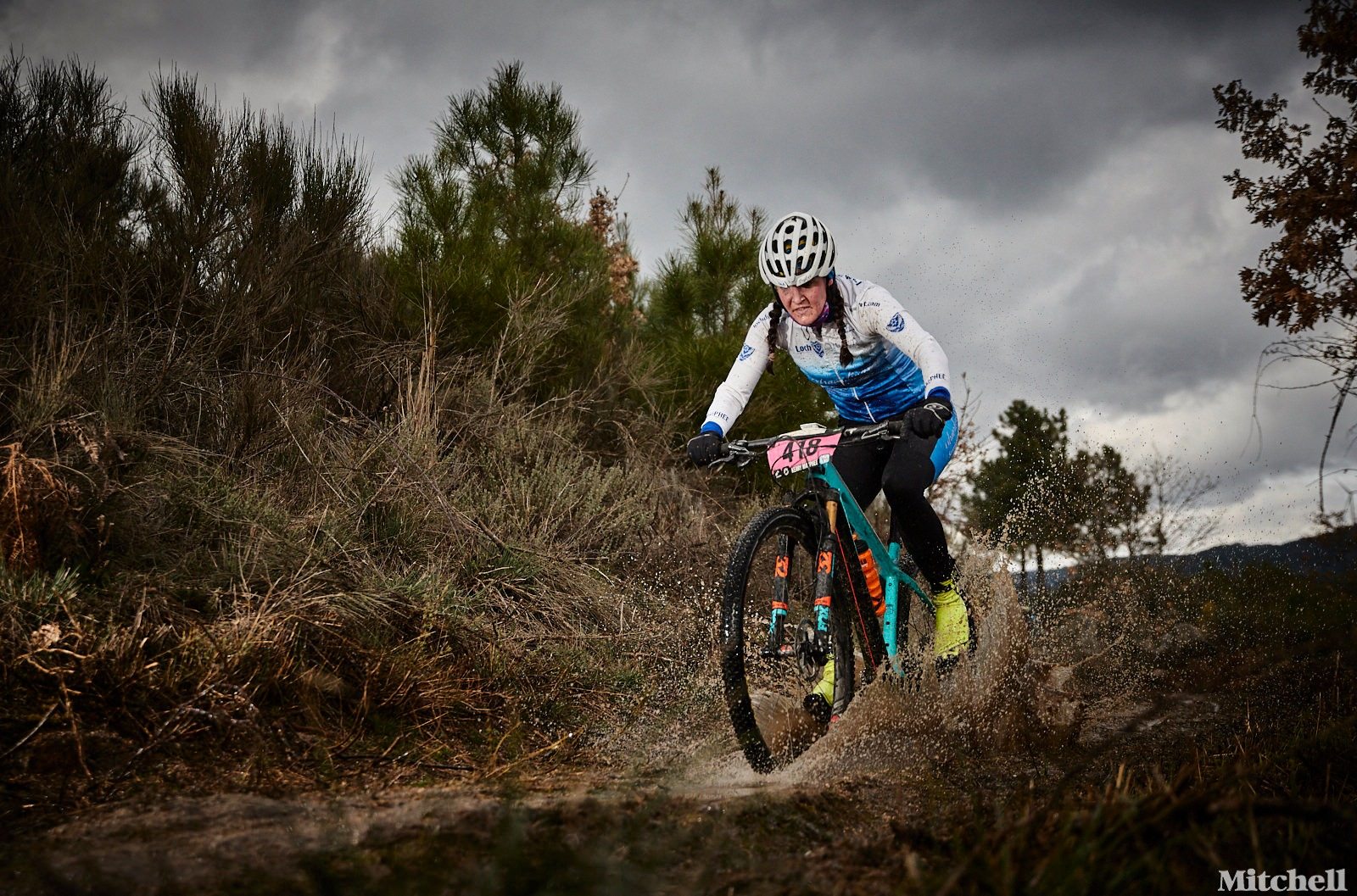 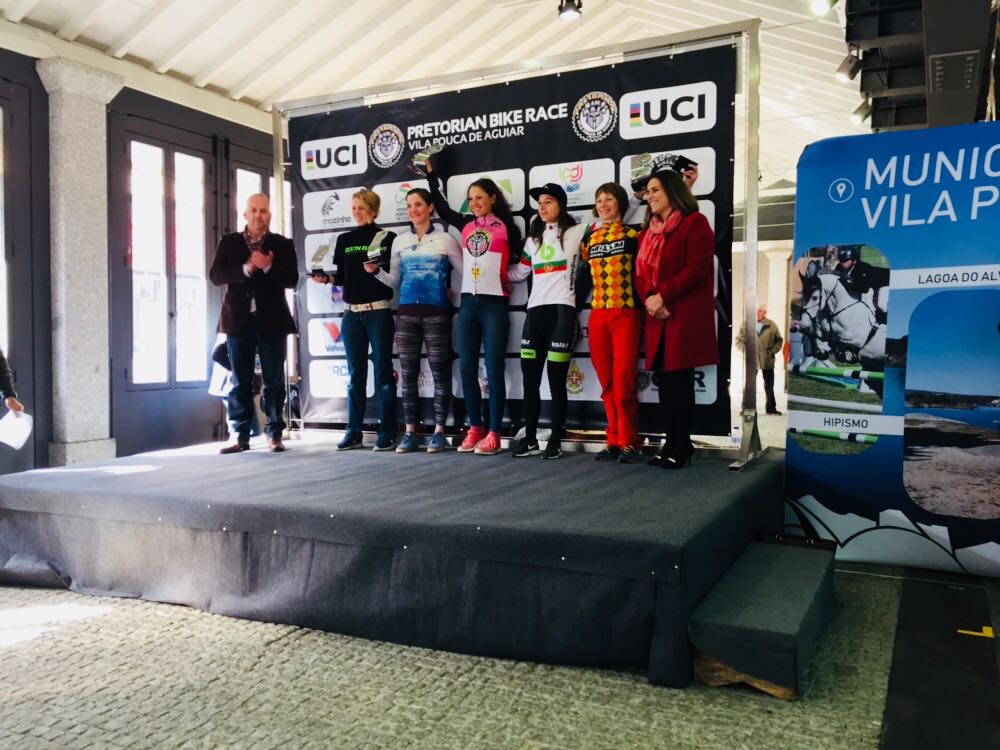