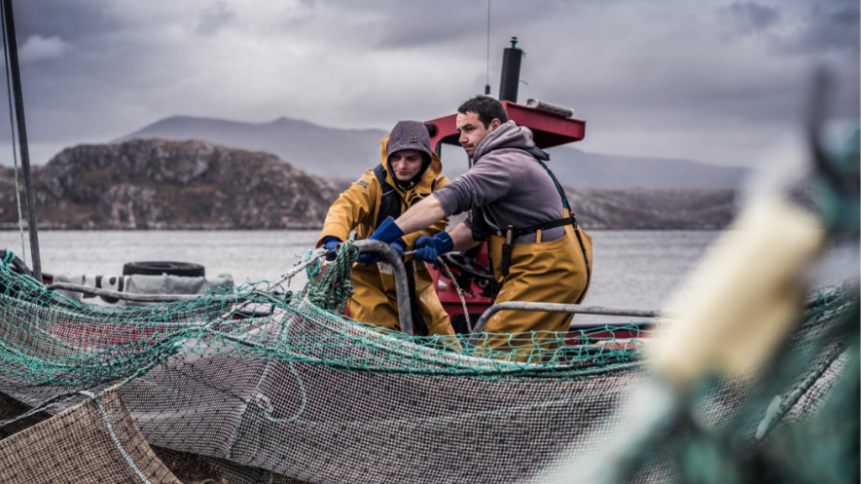 Scottish Salmon farm highlighted in celebration of UK’s most dynamic businesses  It has just been announced that independent Scottish salmon farm, Loch Duart has been named one of London Stock Exchange Group’s (LSEG) 1000 Companies to Inspire Britain. Now in its seventh edition, the report highlighted Loch Duart as one of the 58 Scottish small and medium-sized businesses ...
November 24, 2020
View article

Loch Duart Ltd is delighted to announce the sponsorship of the Hebridean cyclist Kerry MacPhee.

The inescapable issue of sea lice, and what we’re doing to reduce their numbers sharply.

An honest account of why and how we sometimes fail to meet our own lofty goals.

From Scotland to Africa via Corporate Social Responsibility statements.

The surprising similarities between pigs and salmon.

When Loch Duart started the world was a very different place. Our thinking and our aims were very different. Our approach to farming was very different and we had all the enthusiasm, dynamism and impetus of a new organisation. This is not to say that we don’t have many of … Continued

More thoughts from Dale Sims, co-founder of CleanFish, California-based distributor of Loch Duart salmon “It feels as if it’s melting in my mouth…” – Eric Asimov writing about maguro sushi in the New York Times As I have often said, the bluefin tuna is the most controversial fish in the ocean. It … Continued

Sometimes salmon farming seems to be about how much of a kicking a person can absorb. If it isn’t the weather or some new disease or just plain bad luck, then it will be one of the paid activists trying to disrupt our production or our market. I have ignored … Continued