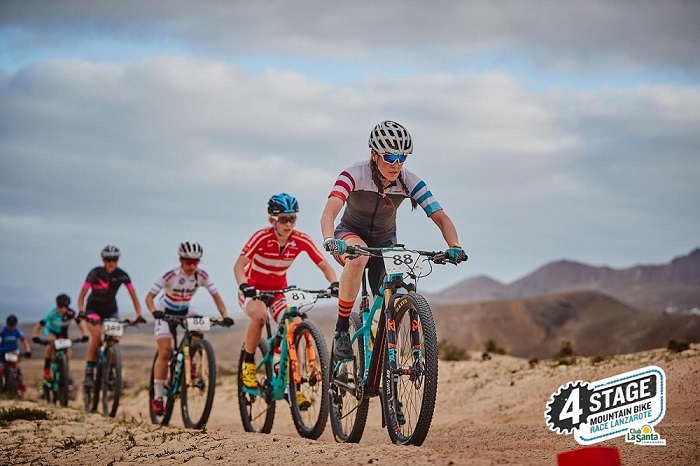 Last year I had some success at early season stage racing so it made sense to incorporate it into my training for the early 2019 season too. The logic behind it has always been to get a good block of warm weather training in, with the added stimulus of race intensity and anything else like UCI points, with podiums being a secondary bonus. I spent a lot of time on the turbo trainer this winter after losing my partner suddenly on Halloween. He was also my training partner and riding outside has felt like a monumental effort since then, as have the most basic of tasks, but indoor turbo’s have kept me sane and kept me pedalling and got me through a painful and very tough Christmas. A turbo trainer is a static device that enables you to ride your bike indoor by locking the rear wheel into place. Sometimes I wasn’t even able to get on the turbo, the pain of loss was so acute and paralysing but I always asked myself ‘what would Lewis do’ and ‘what would Lewis say’ when our shared love of cycling took a sideline… which always led me back onto the saddle eventually.

I would have never raced Lanzarote four day stage race before but it came at a good time at the end of January and it helped me focus a little through some dark times knowing it was on the horizon rather than allowing myself to slip into bad habits of choosing my bed, hiding away from the world, over living . To be perfectly honest, I was very anxious about going out to race. It’s Olympic cycle right now with a lot of women chasing points so it was a tough field, especially as an ‘S1’ class is a higher standard than the ‘S2’ class stage, which I have done previously. I had to work extremely hard on my mindset to ensure my goal was to get a training block in, not to get a result. I also felt very emotional about getting on with racing without a very important person by my side. On top of this, my body has been very run down for the last three months, so I had no idea how it would respond. I knew that I would also have to have company and support at this race (rather than my usual independent woman winging it approach) so it was brilliant to have my non-cycling twin sister along to help.

Lanzarote is a funny place. It’s so volcanic and rocky and it feels like i’m on the moon. The terrain is made up of sand, fine dark rock which your wheels sink into, razor-sharp rocks you have to dodge and cacti everywhere. It’s not particularly technical to ride at leisure but at speed, it was loose and wild, you really had to focus on your lines and not washing out. It was billed as 90% off-road but the majority of this was fast dirt tracks, well used by locals. It’s also a very windy island so the dirt tracks all came with ridges where the wind had blown the sand into what I can only describe as minuscule hard sand dunes, like braking bumps that made your teeth chatter as you sped along them… pretty uncomfortable!