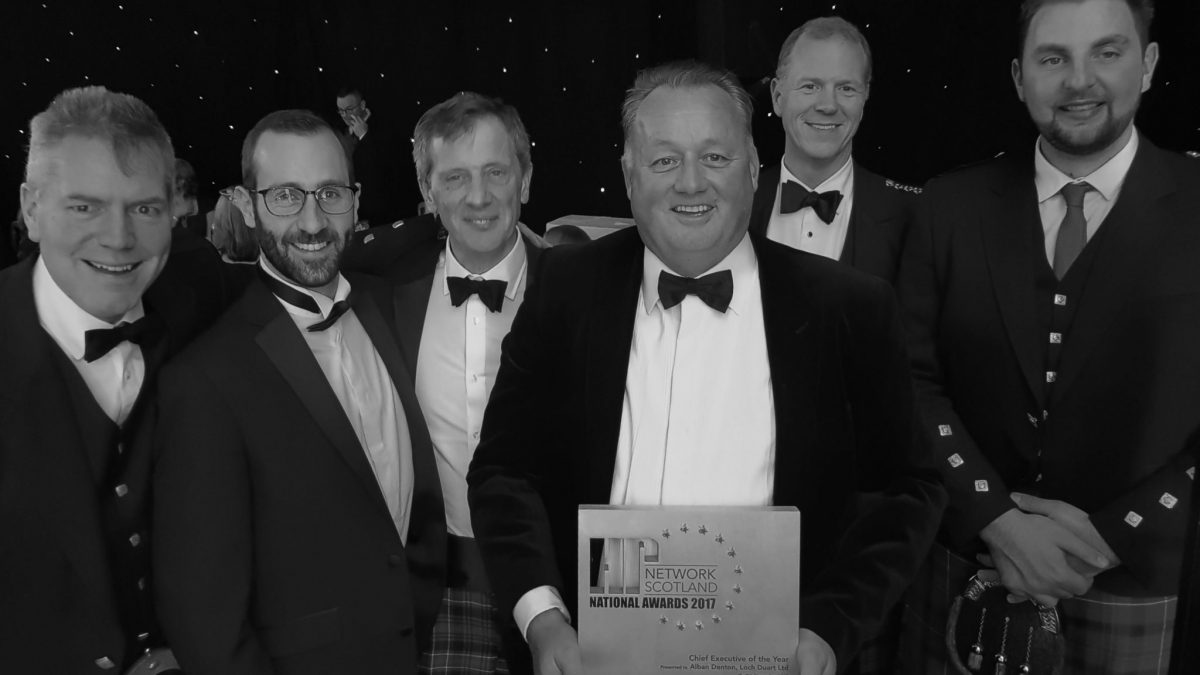 Alban Denton, Managing Director of Loch Duart, the Hebrides and Sutherland based salmon farming business, has been named Chief Executive of the Year at the HR Network Scotland National Awards 2017.

Recognised as the largest and most prestigious HR awards in Scotland, they celebrate the champions of the Scottish HR profession.

Alban was presented with the award at a Gala Dinner at the Glasgow Hilton Hotel (Thursday 9th November 2017) hosted by Stephen Jardine, in front of around 800 guests from the world of HR, people development and management in Scotland.

The award recognised that since joining Loch Duart in 2015 as Managing Director, Alban has championed change, inspired the senior team and released talent within the business. He has led the team that has delivered a dramatic increase in revenue and profitability, to achieve the strongest results in Loch Duart’s history.

Alban Denton, Managing Director of Loch Duart said:
“Winning HR Network Scotland’s Chief Executive of the Year is a fantastic endorsement not just for me but for the wonderful Loch Duart team who have come with me on this journey. For a business like ours which works in beautiful yet challenging rural locations, having a motivated and confident team is crucial to ensure we can continue to innovate, lead and thrive. I’d like to thank the Loch Duart team, and of course HR Network which chose me from such an amazing shortlist.”