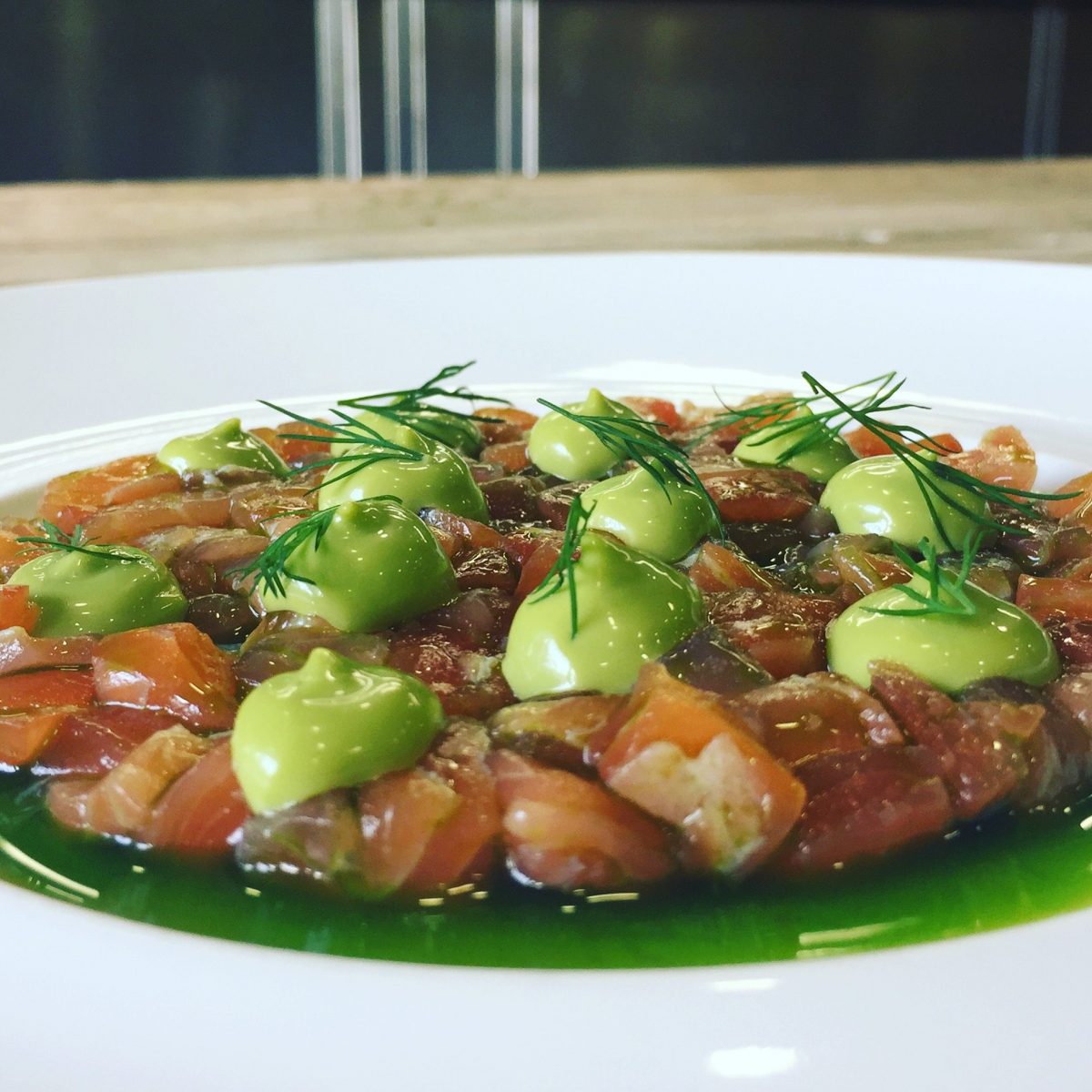 Once cured wash off and dice into small 1/2cm cubes

Add the chopped dill and oil into a thermo blender

Set to 70c and blend on full power for 7 minutes

Pass through strainer and chill

Set to 70c and blend on full power for 7 minutes

Method for the seaweed mayonnaise

Season the cured diced salmon with a little dill oil 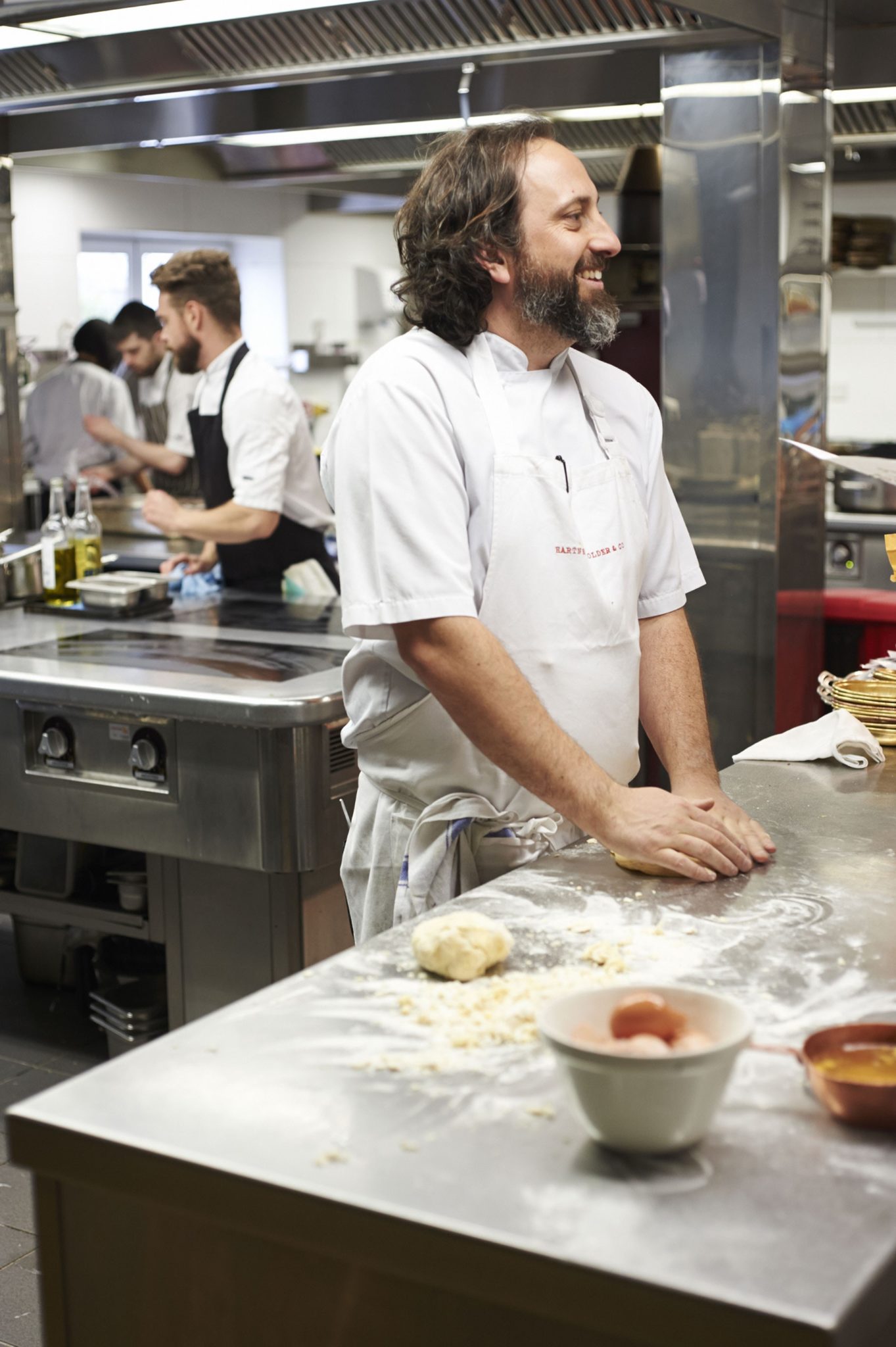 Born in the UK, raised partly in Dubai and having travelled around the world, Lime Wood’s head chef Luke Holder has a wealth of experiences and culinary influences.

Luke spent ten years of his childhood with his pioneering family in Dubai where, even from an early age, he developed an interest in food and cooking.  On returning to the UK in 1998, he was determined to pursue a career in fine cuisine.  He took matters into his own hands and called chef Chris Galvin, a bold move which led to him securing a position as commis chef at the exclusive Orrery restaurant in London.

Having learnt the ropes for a year at The Orrery, Luke gained extensive experience in the kitchens of some of London’s finest and busiest restaurants including The Oxo Tower on the South Bank.  After this Luke went to Europe where he spent four months working alongside Stephane Buchholzer, a specialist in molecular gastronomy; then Florence, and the kitchen of three Michelin-starred Enoteca Pinchiorri, this experience ultimately changed his philosophy on food forever and firmly placed his focus on cooking locally and seasonally, at the highest level. He then eventually found his way back to England and finally Lime Wood.

Hartnett Holder & Co is a relaxed, stylish and comfortable upscale restaurant – full of character, yet unpretentious. Luke and Angela Hartnett, with their team, create locally sourced English dishes with a respectful nod to the seasons and to Italian culinary ideologies. This collaboration is reflected in their fresh, confident approach ensuring that this is “fun dining, not fine dining”.