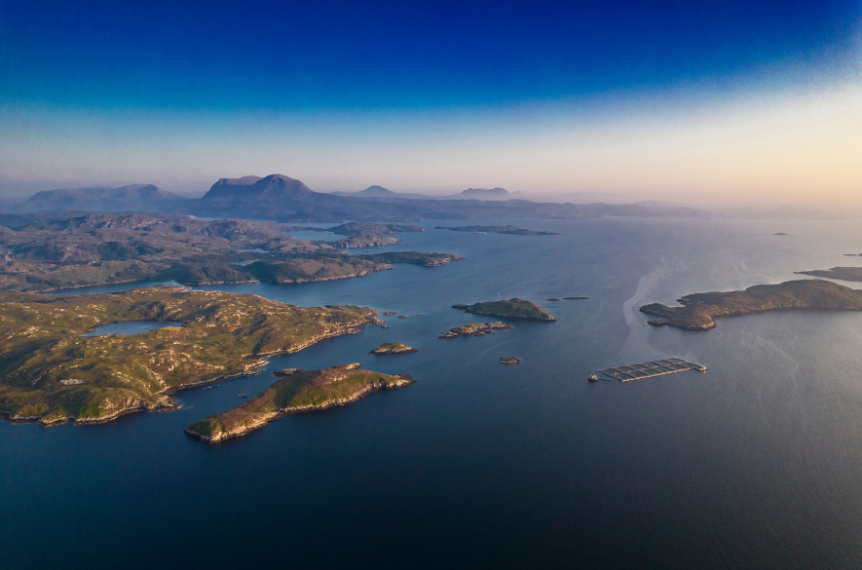 Independent Scottish salmon farm Loch Duart is on the menu at the COP26 climate change conference, which runs in Glasgow between the 31st of October to the 12th of November. Loch Duart has maintained its small-scale farming approach to rearing salmon since it was founded in the far north west of Scotland in 1999. Loch Duart salmon will be served to COP26 delegates and visitors as fresh fillets and specially prepared smoked salmon portions, for meals and lunchboxes.

“Loch Duart is immensely honoured to have our salmon on the menu at COP26, which is addressing the issues of climate change that face us all. It is especially relevant to Loch Duart which has always had a small-scale farming approach to raising its salmon, based on natural, non-medicinal methods. Not only will COP26 be able to enjoy our unrivalled tasting salmon, they will also be supporting a business which has been bringing jobs and investment rural communities across the highland and islands of Scotland.

“We wish COP26 all the best in its aim to ‘accelerate action to tackle the climate crisis’. Loch Duart is dedicated to continue its role in delivering low impact and resilient food production and is proud to represent aquaculture, a sector which has the lowest carbon footprint of any livestock farming activity.”

COP26 catering is being delivered by Levy UK + I whose pledge to source at least 80% of its food locally in Scotland for the conference meant that Loch Duart was one of the high-welfare producers chosen to be served at the event. Loch Duart use specially commissioned feed for their salmon from fully traceable and sustainable sources.

Salmon rearing has the lowest carbon footprint of any livestock farming activity.**