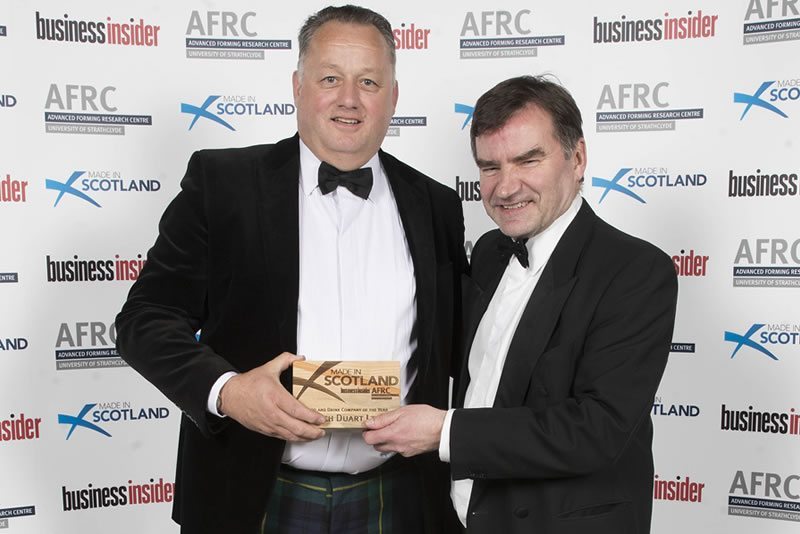 Loch Duart, the salmon farming business based in North West Scotland, has won the Food and Drink Company of the Year at Scottish Business Insider’s Made in Scotland Awards.

Announced at a ceremony last night (19th April) at the Glasgow Science Centre, Loch Duart was chosen for its innovative approaches which includes low density farming and a suite of practices focusing on sustainability, environmental stewardship and fish welfare. The award noted that Loch Duart has a hard-won reputation for extraordinary tasting salmon which has been achieved by building the brand of choice among top chefs, leading hotels, restaurants and retailers in the UK and further afield.

“Food and Drink Company of the Year! What an accolade! Very fitting because in our remote and beautiful part of Scotland, that’s what we do – produce a fine food which is the most delicious tasting salmon. There’s a whole bunch of fine people who make this happen. Operations, technical, finance and sales. This award is for each and every one of them.”