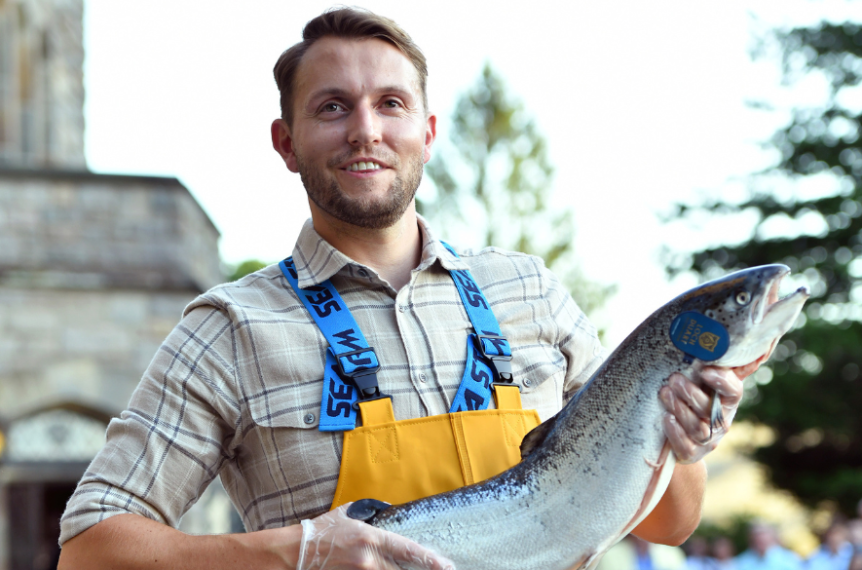 Independent Scottish salmon farm, Loch Duart was one of the main sponsors at the recent Dressed to Kilt charity fashion show which took place in New York (Saturday 23rd July) at the iconic Mill Neck Manor on Long Island. The event, which showcases the very best of Scotland, is a major platform for leading fashion designers whose work incorporated a tartan style, inspired by the event’s theme of ‘Dress for Adventure: From the Highlands to the Hamptons.’

Mill Neck Manor, built in the early 1920s, is a prestigious venue for film and TV and a favourite shoot location for brands including Johnnie Walker, Ralph Lauren and Mercedes Benz. With Scottish singer Edward Reid performing, guests, dressed in their summer chic and highland couture, were treated to Loch Duart Hors d’oeuvres and an exclusive fashion show featuring a surprise runway appearance from Loch Duart Salmon. Loch Duart’s model sported a Glen Orchy Tweed jacket and waistcoat with Oban Mist tartan supplied by Macgregor and Macduff. All funds raised were donated to the Navy SEAL Foundation.

“We were thrilled for Loch Duart salmon to not only feature on the menu but also on the runway at the Dressed to Kilt fashion show 2022. Some people might ask ‘what exactly does salmon have to do with fashion?’. Well, like high-end fashion houses Loch Duart is a luxury brand and is served by the most prestigious restaurants in the world. Like many of the fine Scottish textiles and garments on display, Loch Duart salmon is reared with the same spirit of craft and attention to detail to create the world’s best tasting farmed salmon.

“At Loch Duart, it’s in our DNA to innovate and do things differently, so we wanted to do something fun to promote our unique Scottish Salmon. The USA is a key market for us, and Loch Duart is much loved by American foodies, chefs, and restaurateurs. We see lots more potential to grow the brand in the coming years ahead.” 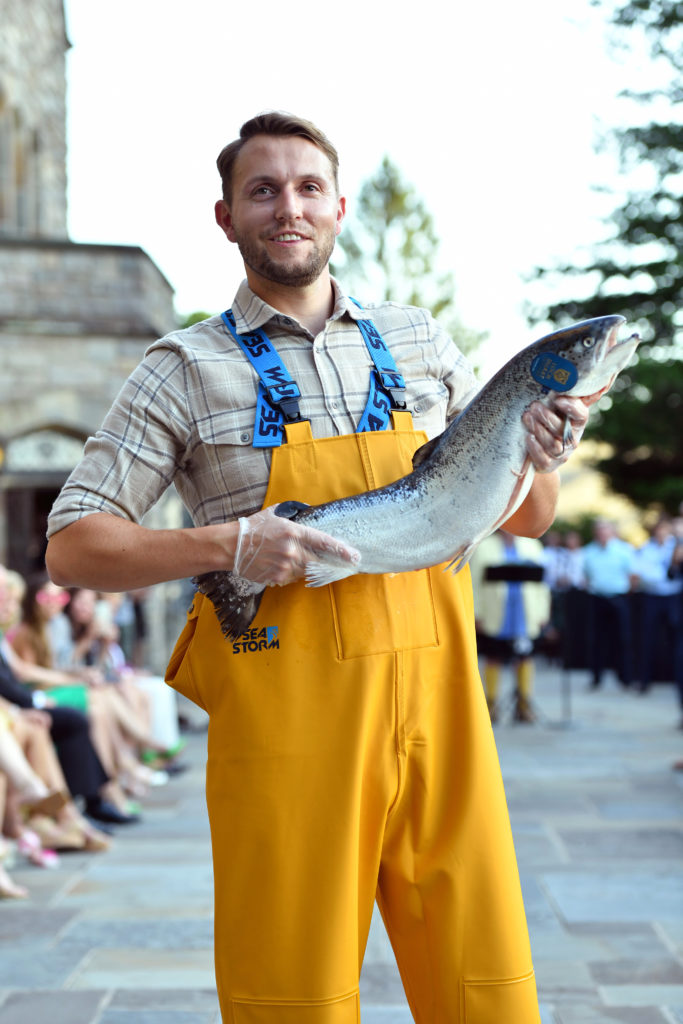 Dressed to Kilt was co-founded in 2003 by Sir Sean Connery and is now an annual charity event which brings together leading Scottish designers and famous Scots in the US in a celebration of Scottish-American culture, food, fashion and music.

“This year’s DTK show was one of the best ever. After several years of a global pandemic the spirit and enthusiasm of everyone involved was incredible. DTK has always strived to promote the best of Scotland from many sectors and Loch Duart certainly fits that description.

“My co-founder, Sir Sean Connery always insisted on using this international platform to promote the best of Scotland to the world. We therefore welcomed the opportunity to work with Loch Duart as a financial sponsor and a runway participant. Sir Sean would have loved the Loch Duart model in his oil-skins and holding a big Scottish salmon on the runway as much as all the attendees did on Saturday. I have always said that fashion without culture is hollow, and boy did Loch Duart check the Scottish culture box at this year’s show.”

Raised in the rugged coastal waters of North West Scotland, Loch Duart’s Scottish brood stock can be traced back to wild salmon that swam in the rivers of Scotland over 40 years ago. Fed on a specialist diet high in marine content Loch Duart salmon is an exceptional tasting fresh fish of the highest quality, rich in Omega-3.