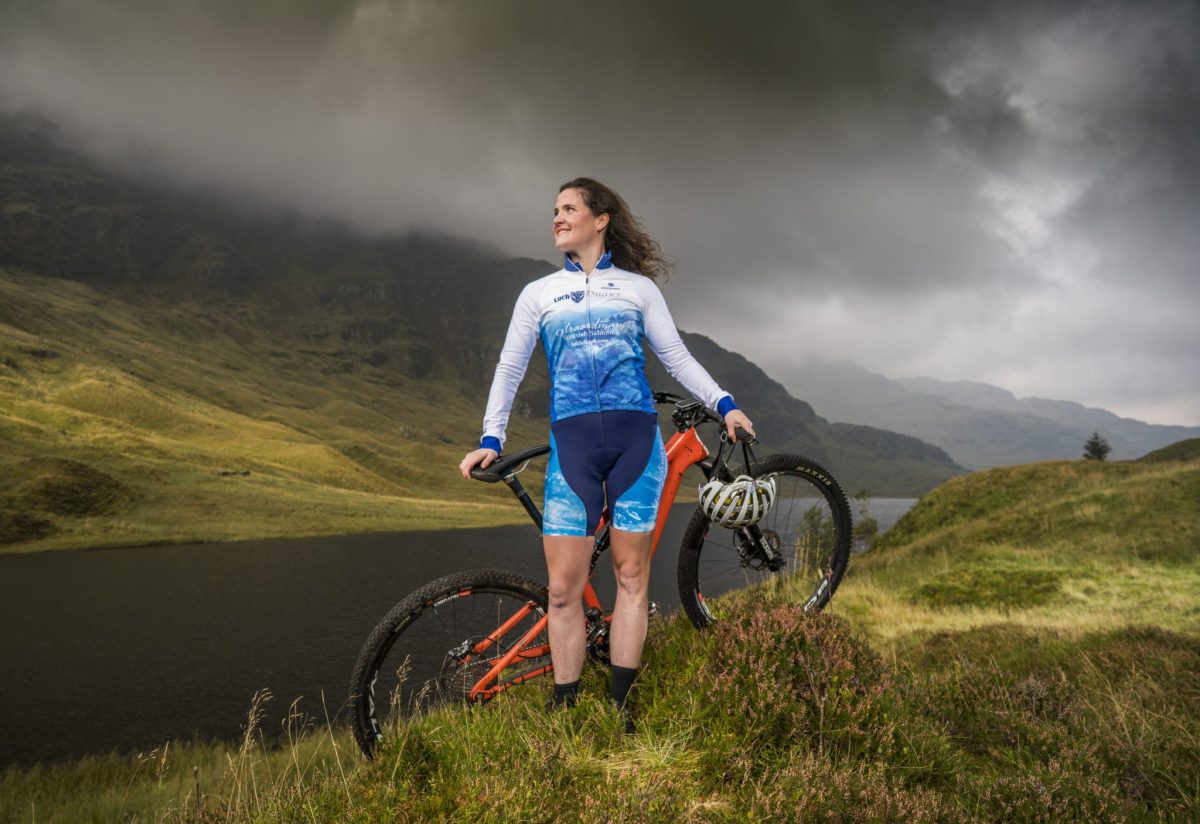 I’ve had a lot of positive race experiences and outcomes this year, more so than any year previous but that was another tough World Cup. It’s a whole different level of racing- every Olympian, World Champion, National Champion and then about 70 others just like me trying to move up the ranks and breakthrough. The thing with a World Cup is, you have to treat it with respect. Unlike other races where you can arrive on a Friday, pre-ride on the Saturday and race on a Sunday, a World Cup course needs 3 or 4 days to recce and learn the course, ride and practice the A-lines, and acclimatise too- usually boiling hot and at an altitude of 700m+, an island girl like me finds them particularly tough.

The first World Cup of the year I raced in Nove Mesto Na Morave went well with a top 50 finish, solid racing and a heap of learning… but I didn’t race to my full potential with my head getting the better of me and me riding more conservatively than I needed to. I went into this one thinking “I can do this, I’ve got this, I can race not survive” but blinking hell it’s tough. This was the 4th round of the World Cup circuit and my 2nd of the year and the learning started immediately with this one.

Rather than go out a few days before, I didn’t arrive until Friday lunchtime as it was the soonest I could get there with fitting in work and a couple of other things. But going out to Val di Sole so late was not giving a World Cup the respect it requires in terms of prep and practice in the days before. I thought I could get away with it having raced this course before but there were some new changes to the course. I wasn’t able to get on to the course on Friday as the sign on had been at 9am so I didn’t have my board number so I had no choice but to ride elsewhere. On Saturday morning, I went along to the race office to get signed on only to find the office closed! There was a programme in the window and when I looked closely, I noticed “final sign on for XCO” next to the Friday sign on slot… queue an absolute meltdown and panic. I was at the World Cup on my own and had no idea what to do or where to turn and really thought I wasn’t going to get to race. I couldn’t believe how stupid I’d been and that I’d assumed as with all races that there would be a Saturday sign on.

After a few frantic and desperate tweets to officials, a British official redirected me to a different office where they got my number arranged. It was my highest gridding yet at 45 but because I was late, they had no choice but to put me right to the back of the grid at about number 80. I was just glad I was getting to race at all at this stage. To add insult to injury- the officials told me that my grid number of 45 would have qualified me to race short track XC on the Friday night- a new discipline on the XC circuit which the top 40 grid riders can race! Gutted!!

I got on with practice, trying to get my head straight and learn new lines without tiring myself out ahead of Sunday’s race. At one point though, I had a very stupid crash on an innocuous-looking root and landed heavily on my knee and hip. It was one of those crashes that didn’t look like much but had my eyes stinging with tears of pain, all the while pretending “I’m fine, I’m fine, it’s ok, I didn’t hurt myself”. Nothing left to do now but to rest up and prep for Sunday.

Within a minute of the gun going, there was a massive crash at the front of the race causing all the girls behind to get off their bikes. Being dead last on the grid, it felt like everyone was riding away from me! The same happened again on the first climb as soon as it bottlenecked, then the 1st descent, 2nd techy climb and 2nd descent! It left me so frustrated but I didn’t channel this properly at all and allowed it to get to me rather than use it as fuel.

Coming through lap 1, I could see that I was in 66th position and I just felt so deflated. I really wanted to throw in the towel and call it a day. It was so hot and everything just felt so hard… like sand had been poured into my legs! I felt so stupid too about leaving it so late to come out. It was at this point that I had to give myself a good talking to. Regardless of how much of a pity party I wanted to have for myself, how uncomfortable I felt on the bike or how tough the racing was, it was my responsibility as a rider who others invest in, put time and money into and believe in to do what I could and conduct myself professionally and responsibly. I swallowed my pride and plugged away and each lap, I could see I was moving up a couple of places as I came through the start area. I was embarrassingly slow on the descents which is usually my strength as I was still hurting from my crash and was being over cautious but I dug in.

I finally crossed the finish line in 55th place, which means I made up around 25 positions on my start number. It was still a World Cup where I was surviving rather than racing but weirdly I still feel like it’s in there and it will come at these massive events. I feel patient and determined and when I see my grid number of 46 I’m like- holy moly I have made a heap of progress this year! The craziest thing about it is it has moved me up to 65 in the world rankings. The Olympic cycle started in May of this year and it’s a combination of a nation’s 3 top-ranked riders that determines qualification for Tokyo 2020. I’m now the 3rd counter for Great Britain and contributing to getting our riders to Tokyo! Amazing! We’re ranked 9th in the nations world rankings which qualifies 1 rider to race in Tokyo but if we move up to top 7, we’ll have 2 riders racing. Thank you Loch Duart for helping me improve and develop as a rider this year- it has been incredible!