We are humbled and delighted by our company being recognized in a series of recent awards. In 2017 alone we were named:

Food and Drink Company of the Year

The Scottish Business Insider’s Made in Scotland Awards
The award noted that Loch Duart has a hard-won reputation for its salmon and is often the brand of choice within the UK and around the world.

Foodservice Product of the Year

Scotland Food and Drink Excellence Awards
The award was a fantastic endorsement of the quality of our salmon, which is a key food service offering to top end hotels and restaurants.

The Food and Drink Federation Awards
This award recognised Loch Duart’s success in selling in 20+ countries leading to our most successful year for exports since we started in 1999.

Loch Duart has also been awarded Export Team of the Year at the HSBC Scottish Export Awards in 2016 and been Highly Commended for Exports at the Highlands and Islands Food Awards.

“Loch Duart’s target is to produce the highest quality salmon with the lowest possible impact.  Awards reflecting these achievements are a huge boost to our customers and staff.” 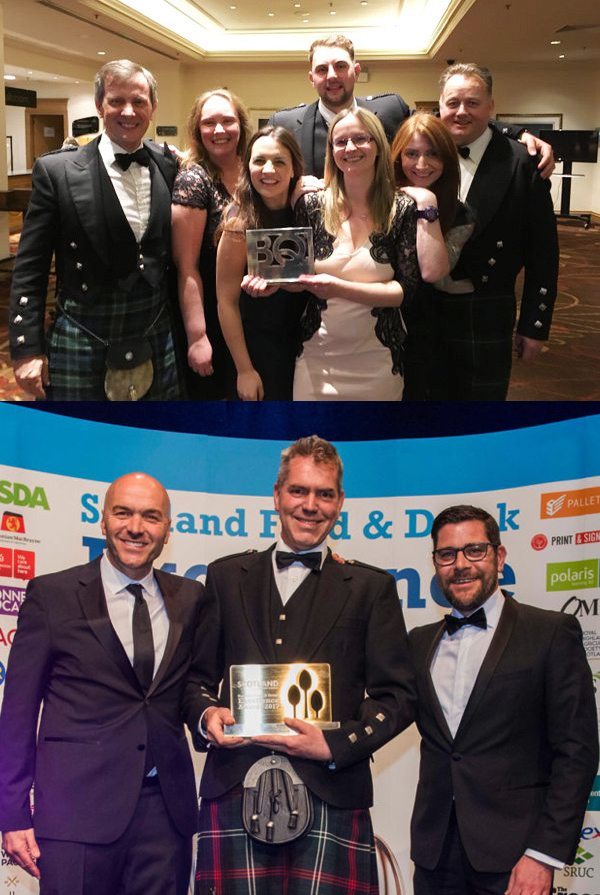